With forgiving and forgetting in mind, in accordance to someone sinning against you, when is it time to “shake the dust off your sandals”? 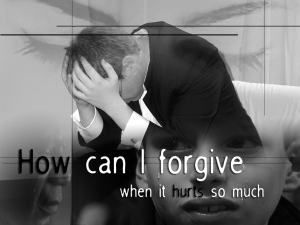 This question addresses a couple of specific issues.  It also requires an important and essential clarification.  It seems that forgiveness, consequences to offense, and conflict resolution are at the heart of the question.

First, let’s look at the issue of “shaking the dust off of one’s feet”.  In Luke 10 we have the account of Jesus sending out 72 for the purpose of proclaiming the coming of the Kingdom of God, specifically an annunciation of Jesus bringing that Kingdom.  He instructs the 72 that if they are not received (because they are lambs amongst wolves – vs 3) then they are to shake the dust off of their feet.  This account is reflected in Matthew’s gospel as well and is found in instructions given to the 12 when they went out for the same purpose of preparing people for the Kingdom of God.

John MacArthur comments on this action: “When a house or a city was contemptuous of the apostles and of the words they taught, as they left that house or city they were to shake off the dust of their feet. When they came back into Israel from a Gentile country, many Jews would literally shake as much dust off their feet as possible in order not to bring pagan soil into their homeland. For the apostles to shake the dust off their feet while leaving a Jewish house or town would be to treat the inhabitants like Gentiles– whom most Jews considered to be out of God’s reach.”

Jesus’ followers were instructed to treat these Jews, who rejected the good news of the Kingdom of God, as Gentiles, largely because by this reflection they were indicating that they were not truly part of God’s spiritual family, which is far more significant than the lineage of flesh.

The meaning is that there is a severe consequence for those who reject the gospel and the act is a symbolic warning of the impending wrath they will experience for not responding in faith to the grace of God.

This means that forgiveness and the habit of shaking the dust from one’s feet really do not have a relationship to one another.

Now as we look at the issue of forgiveness there are 2 key passages to consider as foundational to the matter.  We are going to take these in order of Jesus’ teaching on forgiveness. The first is found in The Lord’s Prayer (Matthew 6:9-15).  In the model prayer Jesus  instructs his disciples to pray, “forgive us our debts, as we also have forgiven our debtors.”

The issue is two-fold. First, humans are sinful and being sinful we are in desperate need of God’s forgiveness.  Second, there is a prerequisite, If we forgive others we will be forgiven. Later in chapter 18 of Matthew’s Gospel, Jesus was asked by Peter how often he should forgive his brother.  Jesus replied to him, “I do not say to you seven times, but seventy times seven.”  Jesus intent is that we not keep count of the number of times we forgive someone.

There are major principles behind these instructions of Jesus.

So we ought to carefully consider what forgiveness entails.  Forgiveness is not a feeling, it is an act of the will involving a series of decisions.  First to call on God to change our heart, second to make the decision to not talk about what someone has done to hurt us.  It is the continual recognition that God is healing both parties of the cause and the consequences of the sin.

Forgiveness is not forgetting.  Despite what may be said in pop culture, God doesn’t forget our sins (Isaiah 43:25, which says he “remembers your sins no more” means that God does not bring them to memory by recalling them). Forgetting is a passive process that happens over time.  Forgiving is an active process that  is deliberate in its every step to avoid conversation and attention to the offense.

Forgiveness is not excusing an offense.  Excusing sin implies that it wasn’t really wrong.  Forgiveness identifies the sin and deals honestly with it to bring freedom to both parties based on the promise of God’s redemptive work.

A simple definition of forgiveness is to release someone from the liability to suffer punishment or penalty for their action.

There might be consequences that naturally come with sin.  There are times when these may benefit the offender.   Proverbs 19:19 says, “A hot-tempered man must pay the penalty; if you rescue him, you will have to do it again.”  I remember paying for new tires on my car for the first time.  I changed how fast and furious I drove.  Then when I payed for new brakes, my habits changed once again.  There are times when we need to experience the consequences or when we need to allow someone else to experience consequences.  There are also times when we can offer grace and reduce the consequences.  The guiding principle could be discovered through another topic regarding restitution: when someone is grateful for forgiveness and pursues restitution for the wrong, the genuineness of heart change is evident and the tenor of the relationship can change because of the sanctifying work of the Lord.

It is my prayer and desire that we as a church (not only the body of The Grove Church), be a community quick to forgive.  Let us pursue forgiveness with right motivation and hopefulness of the ongoing power of the gospel at work in each of us.